1938 which will increase the limit of foreign investment allow in Indian insurance companies.

The Bill provides to increase the foreign direct investment limit from existing 49 to 74 %.

It also has a provision for removal of restrictions on ownership but control of the insurance companies.

A higher FDI limit of 74 % is not a compulsion for every insurance company like as it sets only an upper limit.

The limit doesn’t mean automatic foreign investment to that level to all companies & each & every company will decide the limit of investment.

Deep penetration of insurance cover into the country and will also ensure insurance inclusion.

Responding to members’ questions with regard to reservation policy the minister assure.

House that Government is fully committee to social justice & existing reservation policy will continue in the insurance sector.

The Minister said the Bill after extensive consultation with IRDA & it has all necessary provisions to safeguard insurers’ interest.

Congress and other opposition parties staged a walkout from the House, opposing the Bill.

The opposition parties demanded that the Bill should be sent to the Standing Committee for further scrutiny. 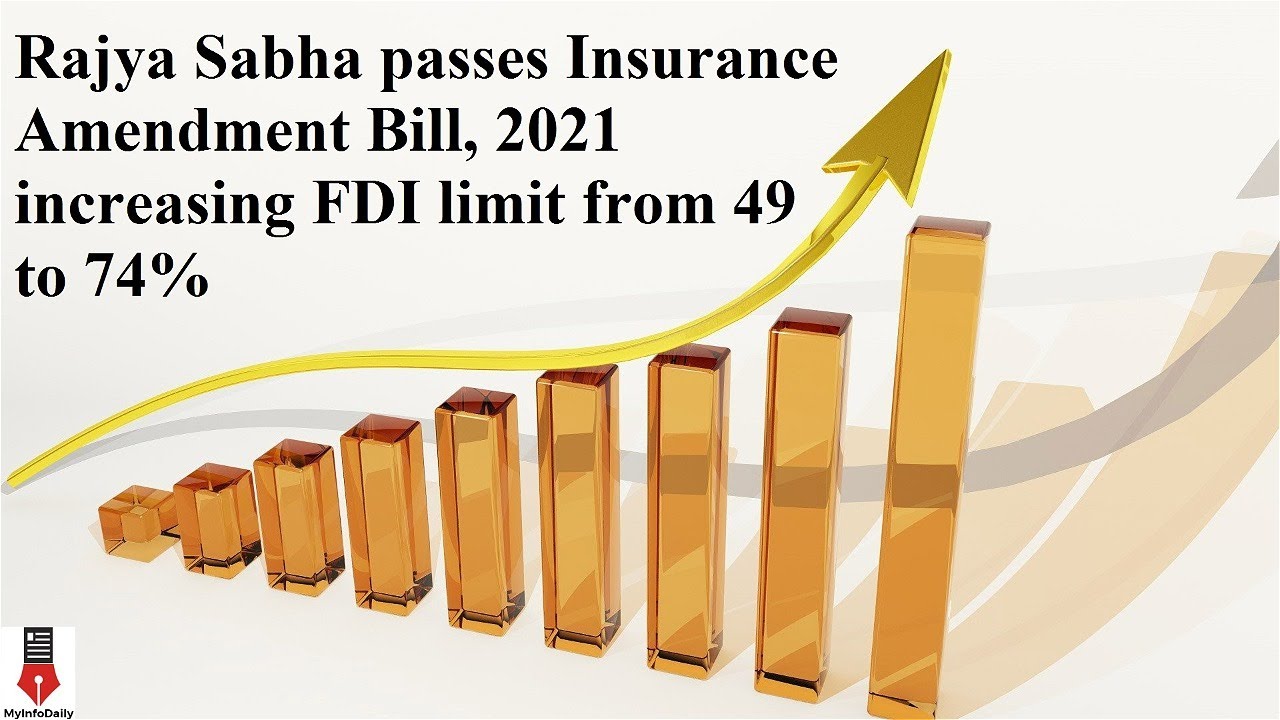 the move saying that how India is going to become self reliant, if the government hands over the ownership of the country’s insurance companies to foreign players.

He opposed the Bill and wondered why the government is in a hurry to privatize the insurance sector on such a large scale.

Insurance will not be affordable for the common people.

Vishambhar Prasad Nishad of Samajwadi Party demanded to send the Bill to the Select Committee.

Whether private players will protect the interest of existing employers and maintain the ongoing reservation policies.

74% FDI cap in insurance sector is upper limit, not compulsion

Increasing limit doesn’t mean automatic foreign investment to that level to all companies.

Every company will decide for themselves, whether they want that money, to what extent & so on.

Enabling amendment is only to allow them to receive some money but not exceed 74%” she further explain.

Under the new structure, the majority of directors on the board and key management persons would be resident Indians.

At least 50% of directors being independent directors, and specify percentage of profits being retain as a general reserve.

For investor protection, an investor charter would be introduced as a right of all financial investors across all financial products, finance minister said during Budget.

Earlier in the month, Union cabinet gave its nod for amendments in the Insurance Act, paving way for 74% foreign direct investment in the sector.

In 2015, the government hiked the FDI cap in the insurance sector from 26% to 49%. Increase in FDI will help improve life insurance penetration in the country.

This move will help increase avenues to bring in capital inflows in order to realize the full potential of Insurance in the country.

This move will help strengthen the sector and also help further penetration of insurance in the country.

Increase in FDI limits from 49% to 74 % for the insurance sector is a welcome step & will help insurance companies to raise funds to ensure their solvency.