Plans currently in the pipeline would allow foreign companies to hold up to 49% equity in life and non-life insurance companies in India.

Under the proposed reforms, the cap for foreign direct investment in insurance companies would be raised from 26% to 49%.

The Modi government requires the opposition’s support because it lacks the numbers to get the insurance reform bill passed in the upper house.

The insurance changed bill, first set in motion in 2008 by then finance minister P. Chidambaram, has recently been reviewe by a 15-member multiparty select committee headed by BJP member Chandan Mitra.

The committee, which submitt its report in early December, recommended a further opening of the industry to foreign investors.

The BJP clinched an understanding with the Congress Party, its main opposition, on December 6, paving the way .

Insurance Laws (Amendment) Bill 2008 to be passed in the Rajya Sabha, the upper house of the Indian parliament.

The government projects that India’s highly diversify insurance sector will gain up to $8 billion in additional foreign investment because of the reforms.

Several large US & Japanese insurers already have stakes in the evolving sector.

TV channel ET Now that more insurance companies will set up shop in India once the foreign investment limit is raise to 49%.

A few players who were standing there to come in once the 49% clarity comes in.

There may be a couple of players who may be keen to come in some level of consolidation could follow.

In a recent report, Boston Consulting Group and Google India value the sector at $66.4 billion in 2013.

The BCG-Google report project that the Indian insurance business would be worth $350 billion to $400 billion within seven years. 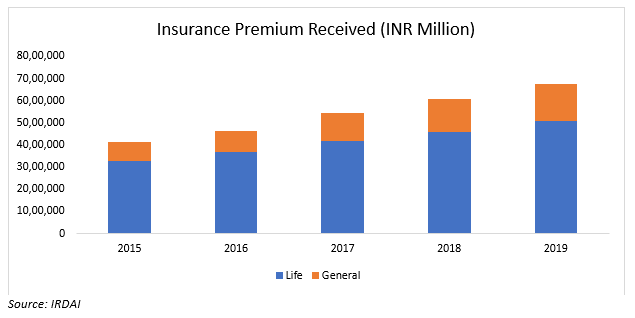 Growth in India’s insurance and reinsurance sectors is continuing to be support by India’s strong economy & evolving regulatory regime, according to Moody’s Investors Service.

The doors to the insurance sector need to be open wider so that large investments could come in.