The covid-19 boost to health insurance, in four charts

The covid-19 boost to Health Insurance pandemic has provided a shot For a business that thrives on medical uncertainty.

The prospect of hospitalization due to covid-19 & high medical costs in private hospitals have driven more Indians to sign up for private health insurance. This has caused a shuffle, albeit temporary & in the pecking order of portfolios of non-life insurance companies.

This is happening for the first time since the industry was open to private players about 20 year ago.

In the first half of 2020-21, health premiums occupied top spot in non-life segment

According to the General Industry Council, an industry body, health insurance accounted for 29.7% of premiums collected by non-life insurers in the first half (April to September) of 2020-21.

The recent primacy of health insurance is partly because sales of new vehicles halted during the lockdown, and even now are struggling to match pre-covid levels.

Motor insurance premiums dropped 13.8% on a year-on-year basis the second-highest fall among the 10 main non-life segments.

Health insurance premiums grew 15.8% in the same period the second-highest growth among these 10 segments. 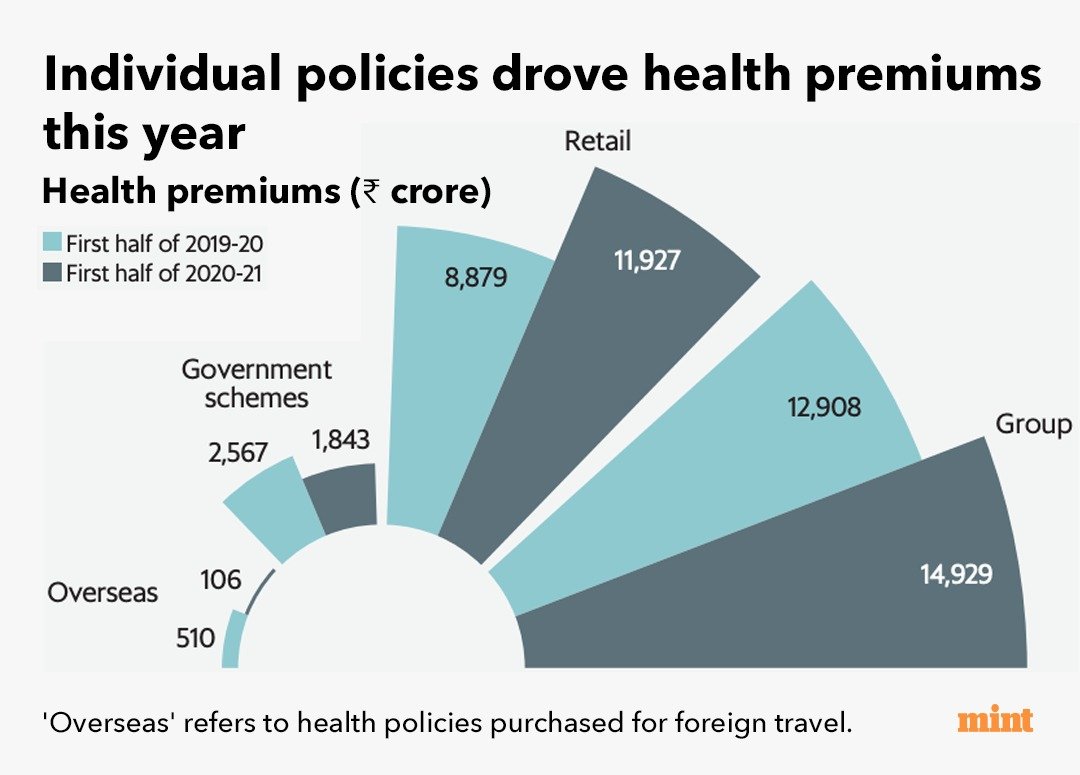 In the post-pandemic phase, the momentum came from individuals buying policies.

Premiums paid on individual policies increased by 34% in the Apr-Sep period compared to the year-ago period, against 16% on group policies.

As a result, the share of individual policies in the health premium pie increased from 36% to 41%.

While health insurance as a segment gained, not all companies grew.

Of the 32 non-life insurers in the health segment, nine registered negative growth in premiums.

Barring Bajaj Allianz and Care Insurance, these were mostly fringe players, with a collective share in premiums of about 10%.

The top five companies, by market share, all registered positive growth, but at varying levels.

The leader in health, New India Assurance, grew only about 5%.

Some companies may have been circumspect in the risk they take on. Among the non-life segments, health scores lower on profitability.

According to data from the insurance regulator, between 2014-15 and 2018-19, companies paid an average of ₹96 as claims for every ₹100 they earned as health premiums.

By comparison, they paid out ₹84 in their motor portfolio and ₹81 in their fire portfolio.

While covid-19 might have caused a spurt in demand for health insurance, this is a drop in the ocean.

Show that about 86% of individuals in rural areas and 81% in urban areas had no health cover. 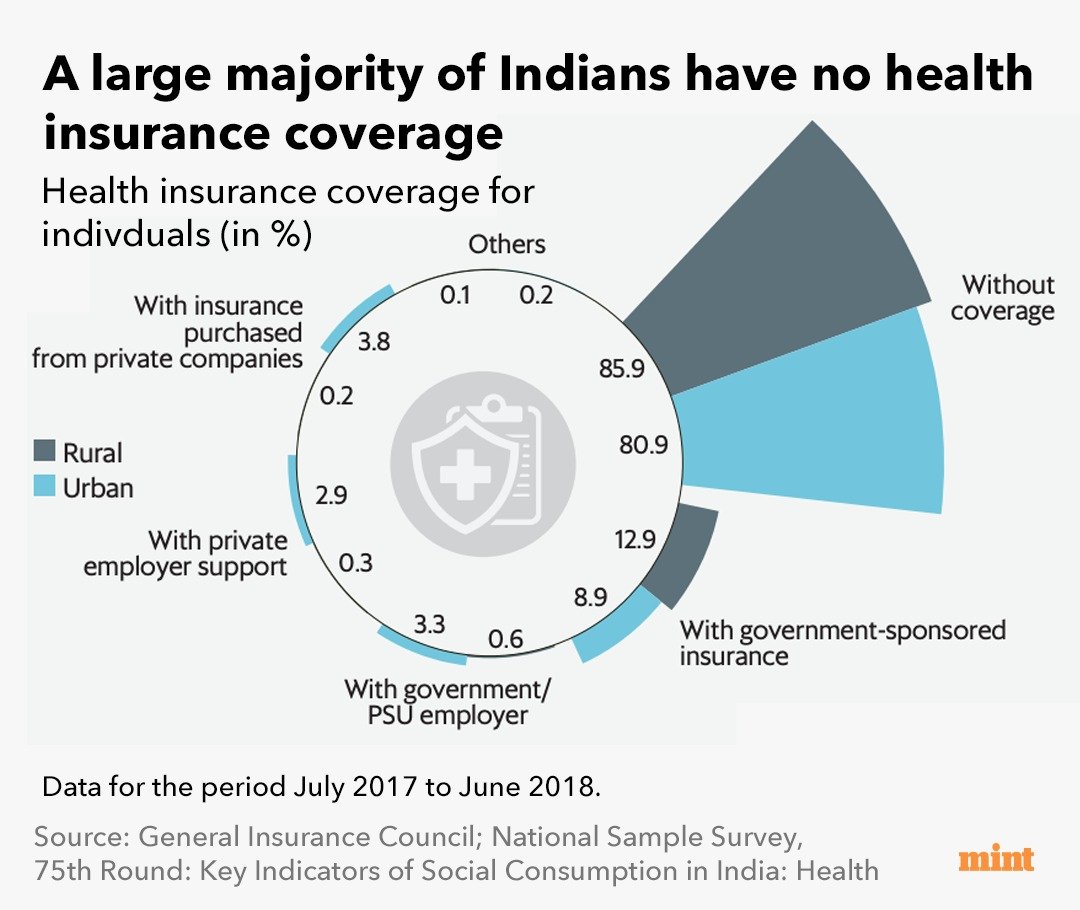 A large majority of Indians have no health insurance coverage

This leaves room for growth for insurers, provided they can tailor pricing and packaging of policies to cover the masses.

One such effort came from the Centre in September 2018, in the form of the Pradhan Mantri Jan Arogya Yojana (PM-JAY).

This scheme aims to provide about 107 million poor and vulnerable households (or, about 500 million individuals) with an annual health cover of ₹5 lakh per family.

All states barring Telangana, Odisha and West Bengal are participants.

As of 13 November, PM-JAY had issued 126 million e-cards to individuals.

Even if one assumes all these 126 million individuals did not have any health cover previously, that still leaves about 1 billion Indians uninsured.

While PM-JAY is a step in the right direction, its selection criteria is stringent, based on data from the Socio-Economic Caste Census (2011), restricting eligibility.

Large sections of vulnerable populations, especially migrants, are still unable to access health insurance. Any income shock from hospitalization can plunge them into poverty.

A significant expansion of health insurance is necessary to provide a safety net to vulnerable households.